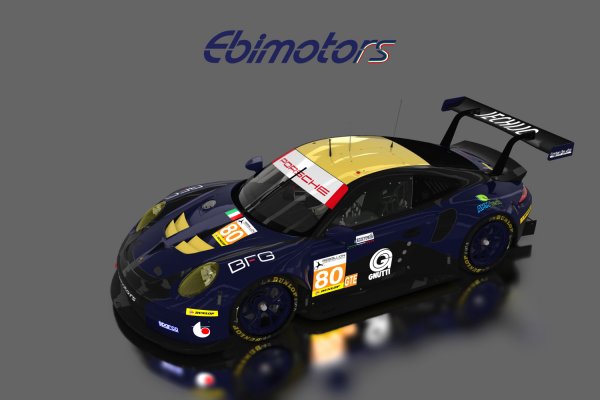 Everything ready to debut in the ELMS championship

Drivers’ lineup has been defined for the first seasonal round of the European Le Mans Series championship which is scheduled on April, 15th. The flagship drivers for Ebimotors team at the 4 Hours of Le Castellet are: Raymond Narac, Riccardo Pera and Fabio Babini.

The `bronze´ driver, who is joining Riccardo Pera and Fabio Babini, is not a newcomer in the race world. Raymond Narac, French, boasts a huge experience in driving Porsche cars. He has taken part to the famous 24 Hours of Le Mans several times and he won, while driving a 997 GT3 RSR car, in the LM GTE Am category in the Le Mans Series championship in 2011. The Italian-French crew in the LMGTE category is driving a Porsche 911 RSR #80 car, whose livery, which is going to be made official today, differs from the traditional Ebimotors colours. The car livery is not the only change for the Team from Como. A new logo has been created. The last two letters, RS, have been painted with the Italian flag colours to celebrate the beginning of the new project in the international championship.

Enrico Borghi - team owner: `After months of research I could not be more satisfied than I am now. Raymond is a skilled and tough driver who, as we are, is attached to our brand and has been representing it for years. Everything is ready for this new adventure. – goes on the `Wolf´ of Cermenate – I would like to thank all our partners and in particular Gnutti and Terno Scorrevoli, two important Italian companies that have been believing in this project and have been trusting on us´.