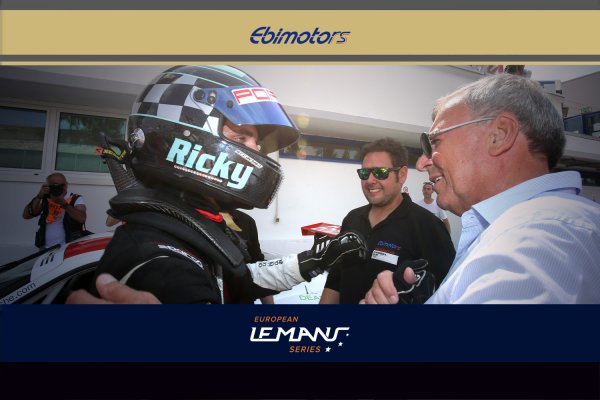 Pera is the confirmed driver for Ebimotors in ELMS

Riccardo Pera is joining the European Le Mans Series championship and he is the second driver who has been confirmed for Ebimotors crew in the 2018 sports season. The 'gold' Fabio Babini is taking part together with the young driver from Lucca, as previously announced. Ebimotors is missing their last driver whose name will be soon communicated.

This is an important opportunity for Riccardo Pera, who, at the early age of eighteen, is driving the Porsche 911 RSR car in an international championship. This is his third consecutive season in Enrico Borghi’s team. Theirs is a partnership of confidence and respect which is based on the talent of both this young boy and this team celebrating their 20th anniversary this year. Thanks to his victory in the Cayman GT4 Trophy Italia in 2016 and to his title of deputy champion in the single branding Porsche Carrera Cup Italia in 2017, Riccardo Pera is ranking Silver in the FIA Drivers Categorisation. To officialise the crew of this team, which is the only Italian one, we are identifying the third and last Bronze driver about one month before the first official round. Six are the crews in the LMGTE category. A challenge on equal terms is going to start: three Ferrari F488 GTE cars and three Porsche 911 RSR cars among which there is our #80 one.

`I can only say that this is a dream coming true. – says astonished Riccardo Pera – Two years ago I had my debut in the motorsport with Ebimotors and I won the Cayman GT4 championship. Then, last year I became deputy champion in the Carrera Cup Italia and now in 2018 I have the opportunity to join the ELMS championship with the mid-engine 911 RSR car, which represents the top that Porsche brings on the track. I will work hard because I am going to face official drivers of Porsche and other manufactures. I would like to thank Enrico Borghi who strongly asked me to join the team and has been trusting on my skills. I do not want to disappoint him as well as my family and sponsor. Driving together with Fabio Babini is a great occasion for me. I can learn a lot from my new mate.´.

The first seasonal appointment is for the collective test on April, 10th. On the same date the first Round is scheduled in Le Castellet, France.