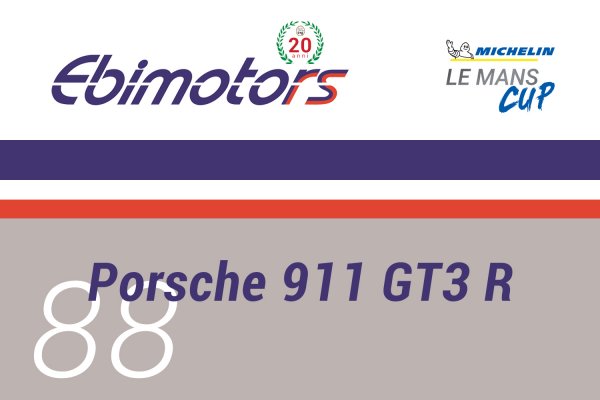 Ebimotors repeats but with changes

After the victory in the GT3 category in 2017, Enrico Borghi’s team has confirmed to take part in the Michelin Le Mans Cup championship with a debuting crew and a new car.

After the three past consecutive seasons together, Paolo Venerosi and Alessandro Baccani, a well-established crew, are joining this championship which is part of the European Le Mans Series format. These two Florentine drivers decided to move to a European championship for their 2018 sports season. And they are supposed to perform well. Six rounds are scheduled and the prestigious 'Road to Le Mans' is part of this schedule. The choice of the racing car could not be easier as this: the new Porsche 911 GT3 R. Both Ebimotors team and the drivers have a strong bond with the prancing horse from Stuttgart. Ebimotors is celebrating their 20th anniversary (1998-2018) and both drivers have been racing with this company for several sports seasons.

The final entry list of participants for the 2018 season has just been published. There are six crews registered in the GT3 class, including two Italians, but Ebimotors will be the only team to represent the prestigious Porsche brand:

The first appointment is fixed for April 12th for the official test which immediately precedes the first Round of the season at Le Castellet (France).