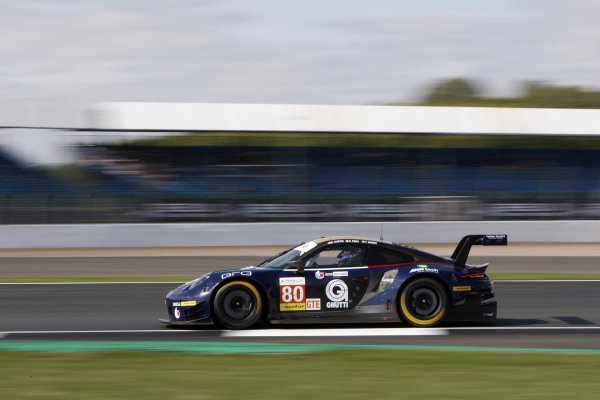 Last weekend the fourth round of the European Le Mans Series championship performed in Great Britain at the same time as the WEC (Fia World Endurance Championship). The new Porsche 911 RSR, owned by the Ebimotors team, was driven by the Italian-American crew composed by Bret Curtis, Riccardo Pera and Fabio Babini. Seven cars were enrolled in the LMGTE category with the return of the Porsche No. 86 Gulf Racing.

It was an unexpectedly flowing race. Very few dramatic turns of events occurred but various drive through penalties were imposed due to the abuse of the track. Our drivers had a steady performance but they remained in the second part of the group. We were also imposed a drive through during the last and unplanned pit stop. This did not allow us to pass under the chequered flag.

Despite the great diligence of both our drivers and team, last weekend was unlucky. But we are ready to get even next and second to last seasonal round on the Spa-Francorchamps circuit on September, 23rd.