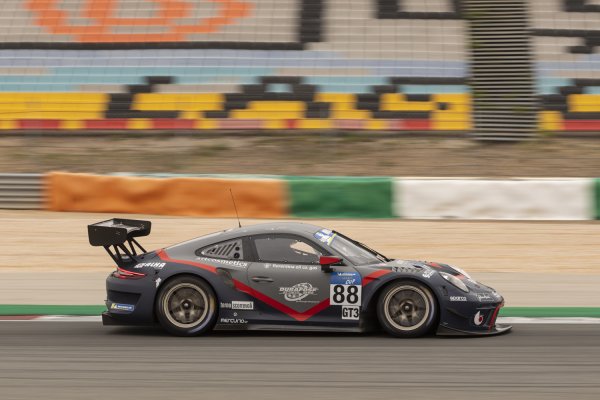 Portimão not easy for Venerosi-Baccani

The last round of the Michelin Le Mans Cup 2019 championship took place in Portugal last weekend. Eight cars were enrolled in the GT3 category. And the Florentine crew, Paolo Venerosi together with Alessandro Baccani, had their great return.

The rolling start was, instead, assigned to P. Venerosi (Ebimotors), who started from the second class position due to a downgrading undergone by the Ferrari 488 GT3 No. 8 car (Kessel Racing) because of a technical irregularity after the Qualifying Session. Before our gentleman driver only the Ferrari 488 GT3 No. 71 driven by F. Lavergne (Luzich Racing). P. Venerosi (Ebimotors) had difficulties to keep his position and then passed his No. 88 car to his mate on the fifth class position. The pit-stop occurred accurately and after that A. Baccani (Ebimotors) was in charge of managing this second part of an uneasy race. Our driver tried to keep the race pace but, despite his great commitment, he placed his No. 88 car on the eighth position under the chequered flag.

This was not surely the seasonal ending we expected but we are aware of our professional enrichment and looking forward to the next sports season.