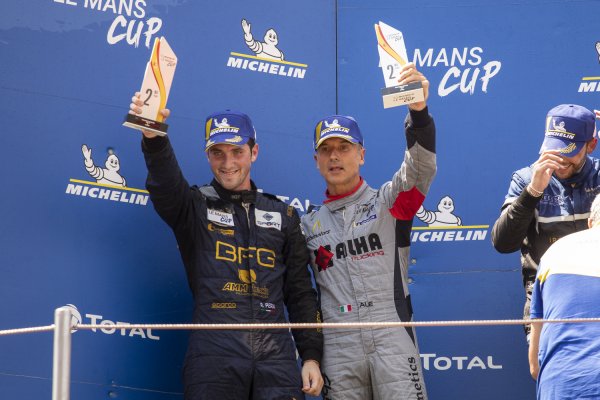 Turn of events in Barcelona with Baccani-Pera, placed second in the GT3 class

The fourth round of the Michelin Le Mans Cup 2019 championship took place on the circuit in Barcelona for the first time but news haven’t finished. Due to his unstable health conditions, Paolo Venerosi decided not to take part to the race. Therefore, the Porsche 911 GT3 R car was driven by the crew Alessandro Baccani - Riccardo Pera. Nine cars were enrolled in the GT3 class for this round apart from the Lamborghini Huracán GT3 No. 83 car (Scuderia Villorba Corse).

A. Baccani (Ebimotors) performed a brave start which was later subject to sanctions by the race director with a drive through. He was said to have overcome two cars before the finish line. Our determined driver persisted on his stint and passed his car to his mate on the fourth position. R. Pera (Ebimotors), who was driving the No. 88 car, served his passage in the pit lane at the inflicted speed of 60km/h and he kept the fourth place. The young driver from Lucca was unsatisfied and first, he overcame the Mercedes AMG GT3 No. 7 car (Scuderia Villorba Corse) and then, he reached the Ferrari 488 GT3 No. 71 car (Luzich Racing) too. Despite his strong dedication to gain G. Piccini’s leadership (Kessel Racing), R. Pera (Ebimotors) ended his first race in the Michelin Le Mans Cup championship on the second GT3 position.

Next and second to last round is scheduled in Spa-Francorchamps on 21st September.