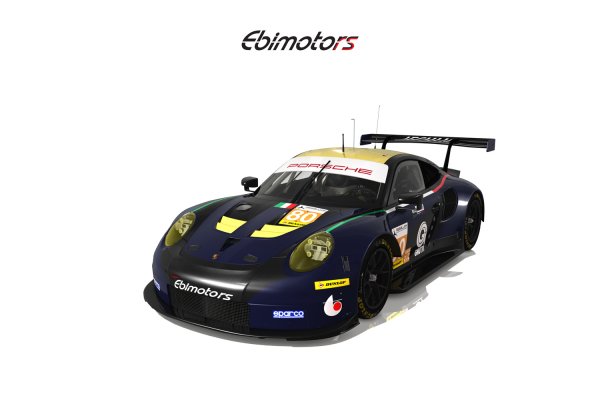 The 2018 debut season was filed with four podiums out of six races. Now the Porsche 911 RSR car, owned by the Italian team, whose leader is Enrico Borghi, is fiercer than ever and ready to join the track again.

There are nine crews enrolled in the forthcoming edition of the European Le Mans Series 2019 in the LMGTE category:

The Ebimotors drivers’ line-up has already been established for the new sports season and the first round was moved from the Red Bull Ring to Barcelona.

Fabio Babini has been confirmed. He performed a extraordinary season last year driving our no. 80 car and took part to the prestigious 24 Hours of Le Mans 2018 placing on the excellent sixth position in the LMGTE Am category.

The gold driver will be driving together with two new entries: the Italian-French driver Sébastien Fortuna, historic driver of Fortuna Racing. He has been deeply cooperating with Ebimotors team for many years.

To complete the 2019 crew there is the silver driver, Marco Frezza, who joined the team after the excellent position in the 24H Series European Championship 2018.

Special thanks go to our partners Gnutti and Terno Scorrevoli that confirm their extraordinary support to this sports season.

And last but not least, Tag Heuer will appear on our 2019 livery.